The “Quartet” comprised of the United Nations, European Union, Russia and the United States is forming a new plan to revive the moribund Israel-Palestinian Authority peace process.

UN special coordinator for the Middle East peace process Nicolai Mladenov told media at a news conference in New York on Wednesday the Quartet plans to issue an analysis of the obstacles to a final two-state solution. Included in the report will be recommendations on how to advance the process.


Mladenov is to brief the UN Security Council Thursday on the situation in the Middle East, including the current status of reconstruction efforts in Gaza.

He added the report, to be completed by the end of the summer, will be used to inform the international body and consolidate consensus on a two-state solution “as the only viable option.”

Mladenov also told media that 100,000 families in Gaza now have access to construction materials with which to repair and rebuild their homes. In addition, 9,000 new jobs have been created, he said. But infrastructure projects relating to accessing fresh water and electricity are still needed, the envoy noted.

He also claimed that only 35 percent of the $3.5 billion pledged by the United States at the 2014 Cairo conference has been disbursed thus far. Mladenov urged all donors to “make good” on their commitments. Very few of the Arab nations who pledged millions have actually fulfilled those promises. 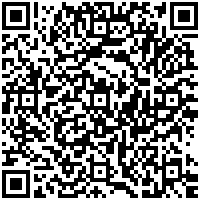