The Palestinian Authority is warning that Hamas and Mohammed Dahlan are establishing an alternative, independent Palestinian State in Gaza.

Veteran Arab affairs investigative reporter Khaled Abu Toameh broke the news that the Palestinian Authority is acknowledging this may actually be happening, on Friday night via Twitter.

Hamas’ Mahmoud Zahar confirms that his movement is holding talks with Mohammed Dahlan, says agreements have been reached.

Last week, JewishPress.com first reported that a secret agreement reached in Cairo between Gaza’s ruling Hamas terrorist organization and the ruling Fatah faction of the Palestinian Authority in Ramallah would place Mohammed Dahlan – former Fatah strongman in Gaza – as the new Prime Minister of the enclave. Under the agreement all of the factions in the Palestine Liberation Organization (PLO), including Hamas and Fatah, are to be invited to join the new national unity government under Dahlan. Gaza’s current leader, Yahya Sinwar, is to be the enclave’s Interior Minister, according to the Arab Sensor.

The document signed between the two rival factions that sealed the tentative agreement was leaked, however, to the Arabic-language Ma’an news agency, which quickly posted it online.

Plans for a new entity headed by Dahlan are not new, however.

The United Arab Emirates, Egypt and Jordan have long been planning for a world in which Dahlan would head the Palestinian Authority and the Palestine Liberation Organization in much the same way that Mahmoud Abbas does today.

Dahlan has long had close ties to the UAE monarchy, which has also held discussions with the Israel on the matter.

But alternative arrangements for a Palestinian State actually go back as far back as 2014, to the first year Egyptian President Abdel Fattah El-Sisi took office.

A massive, coastal area from Sinai, contiguous to Gaza might have been transferred to the Palestinian Authority in order to create a new independent Palestinian State under the plan reportedly suggested by Cairo in September 2014.

The concept involved a tract of land 1,600 square kilometers (618 square miles) adjacent to Gaza to “end the refugee story) as Abbas himself told Ma’an at the time. Included would be significant seafront property and space for a port. Cities in Judea and Samaria would remain autonomous. The total area of the site would have been five times the area of Gaza, in fact, and the plan had a green light both from the United States and Israel.

In exchange, the Palestinian Authority would have to end its demand for Israel to retreat to the 1949 Armistice Line – better known globally as the so-called “1967 line, or ‘67 border.” Needless to say, Abbas rejected the plan out of hand, much as his predecessor, Yasser Arafat, rejected all peace plans no matter how enticing.

After the uproar that followed the news of that offer, however, the Egyptian Foreign Ministry quickly issued a denial, saying El-Sisi never made the offer and claimed the idea had been raised in the past by Muslim Brotherhood-backed former President Mohammed Morsi.

Meanwhile, Dahlan is quietly laying the groundwork for the statesmanship that must come next, regardless of which nations support the effort.

But he is an individual who has learned to work with many different parties, from a wide range on the political spectrum. Most important, he has learned to bide his time.

Shurat HaDin identified Dahlan was the terrorist leader behind the Jewish school bus bombing in Gaza in 2000, outside of Kfar Darom. Two teachers were killed, and nine were wounded, including four children, two of whom lost their legs. 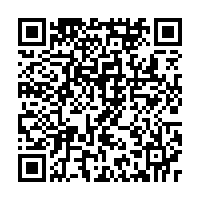