The Cntral Bank of Japan on Friday issued an apology for its board member’s praise for Adolf Hitler’s economic policies, Reuters reported.

According to Japan Times, Yutaka Harada, a member of the Policy Board of the Bank of Japan, told a seminar on monetary policy in Tokyo last Thursday that Western policymakers helped bring Hitler to power by failing to fight the Great Depression which devastated the German economy.

Public figures in Japan, a German ally in World War II, occasionally cause controversy when they express favorable comments about economic or other aspects of the Nazi regime. However, according to Japan Times, Holocaust-denial and neo-Nazi movements are unknown in Japan.

“The Bank of Japan views with regret the fact that the remarks of one of its Board Members have become a source of misunderstanding, and will see to it that such incident will not repeat itself,” the central bank told Reuters on Friday.

Harada, according to the bank, said he “had no intention at all to justify Hitler’s economic policies.”

“Indeed, I have clearly pointed out in my remarks that tragedy did result from the policy steps Hitler had taken. That being said, I want to offer my sincere apologies for any misunderstanding my choice of words may have caused,” Harada said.

In 2013, Japanese Deputy Prime Minister Taro Aso drew outrage for suggesting Japan should learn from the way the Nazi party stealthily changed Germany’s constitution before the second world war, before anyone realized it, and for suggesting that Japanese politicians should make quiet visits to Tokyo’s Yasukuni war shrine, to avoid controversy. When the predictable brouhaha endued, he issued a statement saying, “It is very unfortunate and regrettable that my comment regarding the Nazi regime was misinterpreted, I would like to retract the remark.” 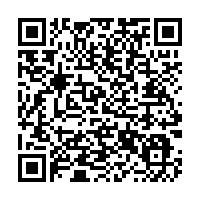