Egypt’s Foreign Ministry says President Abdel Fattah el-Sisi never offered the Palestinian Authority a chance to establish a new state in the Sinai Peninsula, according to i24 News.

On Monday morning, Israel Army Radio had reported the Egyptian president had made the suggestion to to Palestine Liberation Organization (PLO) chairman and Fatah leader Mahmoud Abbas earlier this week in Cairo.


The alleged proposal would have provided a tract of land 1,600 square kilometers (618 square miles) adjacent to Gaza, to “end the refugee story,” as Abbas told the Bethlehem-based Ma’an news agency.

The total area of the site – which would be controlled by the Palestinian Authority under Mahmoud Abbas — is five times the area of Gaza. According to Israel Army Radio, the proposal has a green light from the United States, and Israel’s Prime Minister Binyamin Netanyahu was given a ‘heads up’ as well.

In exchange, the Palestinian Authority would end its demand for Israel to retreat to the 1949 Armistice Line – known internationally also as the “1967 border” after Israel won the 1967 Six Day War.

The broadcast report noted that el-Sisi reminded Abbas in their conversation that he is 80 years old. The Egyptian president allegedly warned the PA chairman that if he chose not to make history by accepting the proposal, “your successor will.”

Abbas, however, rejected the plan – much as his predecessor, former PLO Chairman Yasser Arafat once rejected a plan that would have given his people 97 percent of the territory in Judea and Samaria for which they have fought for so long.  Arafat instead insisted on holding out for land from Jerusalem, Israel’s eternal capital.

The Egyptian proposal is not really a new idea. In 1956, the Egyptian government proposed a similar concept. Then, too, it was rejected by the PLO.

“Now this is being proposed once again,” Abbas told a gathering of his Fatah faction in Ramallah on Sunday. “A senior leader in Egypt has said, ‘A refuge must be found for the Palestinians and we have all this open land.’ This was said to me personally. But it is illogical for the problem to be solved at Egypt’s expense. We won’t have it.”

The Egyptian Foreign Ministry claimed in its denial on Monday that the proposal was actually offered in the past by Muslim Brotherhood-backed former President Mohammed Morsi, deposed a year ago by el-Sisi.

Under the plan, Palestinian Authority-controlled cities in Judea and Samaria would remain autonomous and their residents would remain in their homes.

So-called “refugees” from abroad – who are now into the third and fourth and in some cases even fifth generations – could move to new homes in the proposed State of Palestine, adjacent to Gaza. There would be a considerable amount of seafront property in the tract being offered, enough for both real estate development, and for a port.

Just two main conditions were attached to the proposal: (1) the state be demilitarized, and (2) that cities in Judea and Samaria be autonomous, not the entire regions.

IDF Retaliates in Lebanon After 4 AM Rocket Attack 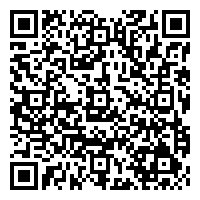