Israel issued a warning Saturday night it is holding the regime of Syrian President Bashar al-Assad responsible for attacks on Israel from its territory — including the two rounds of shelling fired Saturday night at Israel’s northern Golan Heights.

The fighting is taking place across from Quneitra, the site of the sole border crossing with Syria and an area where many non-state actors have gathered to battle the years-long civil war.

No injuries were reported in either attack, and forces searched the area to determine the impact locations.

“The errant projectile is a result of internal fighting in Syria,” said IDF Spokesperson Brig.-Gen. Ronen Manelis. “Israel maintains a policy of non-involvement in the Syrian civil war. However, we will not tolerate any breach of Israel’s sovereignty.

“Israel holds the Syrian regime responsible for any breach of its borders and will act accordingly,” Manelis said. 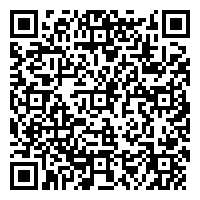