“I don’t believe Abu Mazen (the terrorist “nom de guerre” Mahmoud Abbas is known by in the Arab world) can deliver, and he also has no legitimacy,” Liberman told Israeli Army Radio on Wednesday (May 24).


“The Palestinians were supposed to have held elections in 2010, but Abu Mazen doesn’t rule Gaza. So even if he signed an agreement with us, any Palestinian leader that came after him could come along and say, ‘I’m not bound by what Abu Mazen signed.’”

Liberman noted that for 24 years, a long list of Israeli leaders – Ehud Barak, Ehud Olmert, Ariel Sharon and Tzipi Livni – have tried to make progress on a peace process with the Palestinian Authority, all to no avail. Pressed on President Trump’s description of the Palestinian leader as a “partner for peace,” the defense minister said he preferred to focus on a point of agreement with the new administration.

He added that Trump understands that “the main threat to peace in the Middle East is not the Israel-Palestinian conflict, rather it is the violent struggle between Shi’ites and Sunnis.”

With regard to new building projects in Judea and Samaria, Liberman contended that Israel acts “in accordance with our interests, not according to whether or not we have a green light from the international community.” He noted that he has approved more than 6,000 housing permits in Judea and Samaria since returning to the Defense Ministry last year, and projected an additional slew of permits are to be approved on June 7. 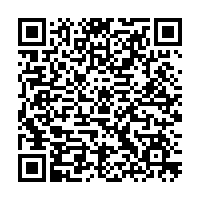