A new initiative launched by the Palestinian Authority (PA) seeks to encourage Arab farmers to engage in the illegal takeover of Israeli lands in Area C in the Jordan Valley by providing them with a free tractor license for two years.


The PA’s Ministry of Transportation and the governor of Tubas in the Jordan Valley announced this weekend the new benefit, which provides an incentive for the illegal takeover of land in Area C, which is under full Israeli control as per the Oslo Accords.

The new benefit is apparently a significant incentive for the Arabs of the region, and already at the end of the first day of the operation, the governor of Tubas announced that hundreds of tractors had arrived at the assembly point and were entitled to enjoy the benefit.

The PA’s Governor of Tubas Younes Elassi spoke during the launch ceremony of the operation and said that “the occupation [Israel] and the settlers are trying to take control of the land of the Palestinian people. It is our duty to stand up to them and support our farmers at the front.” The PA’s Minister of Transportation Assem Salem further stated that “the operation was launched to support and strengthen the resilience of our farmers who fight for the land and are our soldiers in the field.”

The Forum for Struggle for Every Dunam, an Israeli organization that revealed the new project, warned Sunday that “once again we are witnessing a large-scale takeover operation carried out by the Palestinian Authority in Area C – in blatant violation of the Oslo Accords.”

“The State of Israel would do well if at the very least it learns from the Palestinian Authority and starts supporting its citizens who are fighting on the ground for its strength and security,” the Forum added.

The data further shows that the European Union has shifted its support for the PA’s illegal activity from construction to agricultural takeover, which occupies the maximum area with minimum investment. 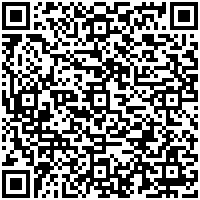