The FIFA Council has postponed a decision on whether to discuss a Palestinian Authority resolution to impose sanctions against six Israeli soccer teams based in Judea and Samaria (Ariel, Ma’ale Adumim, Givat Ze’ev, Oranit, Jordan Valley and Kiryat Arba.)

The FIFA Congress was to have voted on the issue Thursday in Bahrain, the second day of its two-day international conference, but the Council decided Tuesday night at a meeting to withdraw the resolution instead.


A statement issued by the body explained, “Following the report by chairman of the Monitoring Committee Israel-Palestine Tokyo Sexwale, the Fifa Council considered that at this stage it is premature for the Fifa Congress to take any decision.”

The decision has now been put off for the time being; instead, Sexwale’s committee has a nine-month extension – until March 2018 – to continue trying to find a solution to the problem.

Israel’s Prime Minister Benjamin Netanyahu called FIFA President Gianni Infantino on Sunday with a request to remove the issue from the agenda, pointing out the “Sports and politics shouldn’t be mixed.”

Although the three met for some time, the attempt at a compromise ended in a stalemate. Rajoub claims the Israeli teams violate Article 72.2 of the FIFA Statues, which says: “Member associations and their clubs may not play on the territory of another member association without the latter’s approval.” The Palestinian Authority has been pressuring FIFA since 2015 to kick out any Israeli teams based in post-1967 areas. 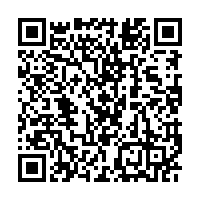