A ship that arrived from Europe and tried to break the naval blockade of the Gaza Strip was seized overnight Saturday by IDF forces.

The IDF Spokesperson stated that the ship had been under surveillance and that it was caught in compliance with international law and taken to the Ashdod harbor. The takeover ended uneventfully.


Before they seized the ship, IDF forces made clear to the passengers and crew that they were in violation of the blockade and that all the humanitarian supplies which they were carrying could be transferred to Gaza via the Ashdod harbor.

After the ship arrived at Ashdod, the passengers were transferred for further treatment by Israeli officials.

“The IDF will continue to enforce and protect the maritime borders of the State of Israel and its citizens,” the IDF Spokesperson stated. 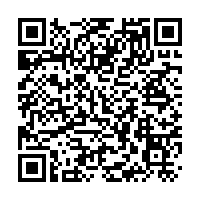