A preliminary investigation of the video (Israeli Right Defending IDF Soldiers in Culture Battle over Sniper Video) that has been at the core of fierce debate between left and right in Israel over the past two days – showing an Arab being shot by an IDF sniper near the Gaza Strip border fence – has revealed that the shooting was carried out after several failed attempts to disperse a violent riot, including a public announcement, a call to stop, and shooting in the air, Israel’s Channel 2 News reported Tuesday afternoon.

The report cited the IDF Spokesperson’s office, which also claimed the 80-second video only documents a limited portion of the complete event.


The Arab who was shot in the video was not killed, only wounded in the leg, and he had been warned repeatedly before the shot, according to the preliminary investigation of the incident.

According to the investigation, the shooting took place on Friday, December 22, 2017, as part of an encounter with violent disturbances which lasted two hours and included stone throwing, firebombs and sabotage of the border fence with Gaza.

“A single bullet was fired at an individual suspected of organizing and leading the disturbance.”

“In the course of this breach of the public order, many measures were taken to disperse it, including a public announcement and a call to stop, the use of means to disperse demonstrations, and firing in the air,” the IDF spokesman’s unit said. “After none of these efforts had been successful, a single bullet was fired at an individual suspected of organizing and leading the disturbance, and only when he had been a few meters from the fence.”

The video was not shot from the sniper’s post, according to the IDF Spokesperson’s office, and was taken by a “soldier who did not belong organically to the force” that carried out the shooting.

The Spokesperson’s office was critical of the conduct of the soldiers who were videotaping the incident: “As to the unauthorized shooting of an operational event, as well as the distribution of the photographed material and the statements that can be heard in it, it should be noted that these do not befit the spirit and the degree of restraint expected of IDF soldiers and will be dealt with on the command level accordingly.”

At the end of the full operational debriefing, the IDF noted, its findings will be submitted to the Military Advocate General’s Office for review, and they will make the decision regarding whether or not to take further steps in the matter. 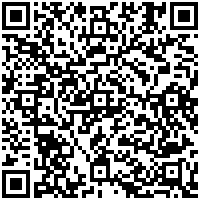