Residents of southern Israel demonstrated against the ceasefire with Gaza’s ruling Hamas terrorist organization that was accepted by the political-security cabinet on Tuesday, with more demonstrations planned for Wednesday.

The Israeli Ministry of Foreign Affairs tweeted a video clip showing the reason that Israelis are so angry about Hamas and the rocket fire — and why they are so opposed to accepting a ceasefire so quickly, after having hundreds of missiles fired at their cities.

Last night, Palestinian terrorists in Gaza fired a barrage of rockets into Israel. One of the rockets struck this house in Ashkelon. This was the scene when Israeli first responders entered. It is graphic, but it’s important we show it.

Hamas sees all of Israel as a target. pic.twitter.com/0Z9B1sCiBQ

The truce was mediated by Egyptian security personnel after Hamas launched at least 460 missiles, mortar shells and rockets at Israeli civilians over a 24-hour period.

Dozens of Israelis gathered at the entrance to the southern Israeli city of Sderot, located close to the Gaza border, to briefly protest the truce, burning tires and blocking the road that leads to the community.

In Netivot, residents told reporters they were not convinced the ceasefire would hold and also said they were very angry that the government had not effectively put an end to the rocket fire from Gaza — this time around, a barrage that was more intense in a shorter period of time than that which took place in any previous war, including Operation Protective Edge in the summer of 2014.

The city of Netivot — like Sderot — is also located relatively close to Gaza, within the 15-second window within which its residents must find shelter before rockets and mortar shells land and explode in the community. But unlike Sderot, some 40 percent of the buildings have no bomb shelters within the structure, forcing those within to seek safety elsewhere — sometimes quite a distance away.

Residents in Netivot also joined protests against the ceasefire on Tuesday night, contending that nothing had been resolved and that their future was unclear.

Although Israel did not formally accept the ceasefire and no statement was issued, informal acquiescence was made clear in comments to the media by unnamed political sources who said that if Hamas stops firing rockets, the IDF will desist from air strikes in Gaza. 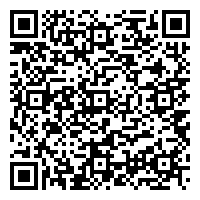