The UN agency responsible for supporting “Palestinian refugees” announced that it discovered a tunnel underneath one of its schools in Gaza.

The United Nations Relief and Works Agency (UNRWA) said “a man-made cavity underneath the grounds of an UNRWA school in Gaza” was discovered, and that the agency sealed the cavity. The statement did not specify the name of the school or which community it was located in.

“The presence of a man-made cavity underneath the grounds of an UNRWA school is a serious violation of the Agency’s neutrality and a breach of international law. Moreover, it exposes children and Agency staff to significant security and safety risks,” the agency’s statement said.

The Agency protested strongly to the relevant authorities in Gaza, which would be the Hamas terror organization that rules in Gaza. 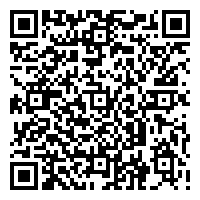