Last Tuesday just after midnight, in the community of Givon HaYeshana near Jerusalem, a man in his fifties was complaining of chest pains and asked his relatives to call an ambulance.

United Hatzalah volunteer EMT Raziel Sade was at home when his communications device beeped, alerting him about the emergency in his close vicinity. He ran out to his car and a mere 15 seconds later, was in front of the patient’s house and found him on the floor.

“His relatives told me the man said he needed to lie down and then suddenly collapsed,” Raziel recalled. “When I got there he was still breathing slightly, but moments later he went into cardiac arrest and all breathing ceased.”

The EMT took out his medical equipment including an automated external defibrillator and a bag valve mask to immediately initiate the resuscitation protocol. He attached his defibrillator which advised a shock.

“After the first shock, I performed chest compressions for two minutes, before the defibrillator evaluated the heart rate again and advised another shock,” Raziel said.

Meanwhile, additional EMTs arrived on the scene, including United Hatzalah volunteer EMT Oshrat Mualem. “After the second shock and round of chest compressions, the defibrillator recommended checking the patient’s pulse,” she recalled. “We were all incredibly relieved when we saw that his pulse was restored.”

Raziel added: “I continued providing the patient with assisted ventilation until I felt resistance as the man was beginning to breathe on his own. A paramedic arrived and together we shook the man gently, prompting him to regain full consciousness, and he even began to talk. But when he said he was still suffering from chest pains, the paramedic administered medication to ease the pain.”

Oshrat noticed that the man’s family, who had witnessed the whole scene, was in distress. His two sons were on the verge of fainting. She brought them outside to the yard so they could breathe fresh air, and stabilized them, explaining their father was conscious after suffering cardiac arrest, which was a positive sign, and that he was going to be transferred to the hospital by an ambulance.

“At this point, they asked if they could recite Tehilim (psalms) with me for their father’s recovery. I recited the verses and the whole family repeated after me,” Oshrat recalled. “It was a very emotional moment. I am still shaken from this experience, and was relieved to hear that the man is now in good condition.”

When the intensive care ambulance arrived, the volunteers updated the crew and the patient was transported to Shaare Zedek Medical Center in Jerusalem for further treatment.

“This incident was particularly emotional for me since I know the patient very well and he has been like a father to me,” Raziel said. “I visited him in the hospital later this morning and he is in good condition and recovering after a successful cardiac catheterization. It’s an amazing feeling.” 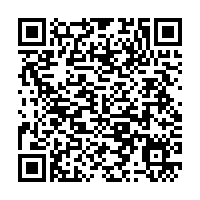