Seven Gaza terrorists were killed and a dozen more were wounded Monday after the IDF detonated a terror tunnel leading to Kibbutz Kissufim from with the enclave beneath Israel’s southern border with Gaza.

The demolition was carried out in a controlled explosion that was scheduled ahead of time by the IDF.

Some of the operatives who were killed were members of the Palestinian Islamic Jihad terrorist organization. Israel said it did not intend to target PIJ commanders.

IDF Spokesperson Brig. Gen. Ronen Manelis told reporters the tunnel was discovered in Israeli territory, near the border fence, opposite the city of Khan Younis. “We now have possession of the tunnel and it no longer constitutes a threat,” Manelis said.

“Those who are trying to hurt us are hurting themselves,” Prime Minister Benjamin Netanyahu said in a statement. “We are developing advanced technology to deal with tunnels, and today we have implemented it.”

Secondary explosions occurred within the tunnel due to the detonation of explosives that were stored there.

Those known to be have killed were rescue teams that entered the tunnel to save their fellow terrorists, according to Hebrew-language media reports.

Senior Islamic Jihad commander Arafat Abu Marashad, who heads the terrorist group in central Gaza, along with his deputy, Hassan Abu Hasnin, a Hamas field commander associated with the group’s Nukhbah commando unit and two Hamas operatives, including Marwan al-Ara, are reported to be among the dead. Palestinian Islamic Jihad leaders called the explosion a “declaration of war” and said “the ceasefire is over.”

Hamas officials called the incident “a dangerous escalation and a desperate attempt to sabotage efforts to achieve Palestinian unity,” and claimed “the continued escalation of the Zionist enemy” only motivates Hamas and Fatah to continue on the road to unity and to “maintain the option of resistance.”

Terrorist factions in Gaza gathered for an emergency meeting in the wake of the deaths. Senior Egyptian officials advised the terror groups to refrain from making hasty decisions, pointing out the crossings from the enclave are currently open. Egyptian officials are scheduled to arrive in Gaza on Tuesday, according to Hebrew-language media.

Meanwhile, the entire area around Kissufim was declared a closed military zone by the IDF. Israel’s military emphasized that the controlled demolition of the tunnel was carried out solely on the Israeli side of the border.

Prior to the detonation, multiple Iron Dome anti-missile defense units were deployed in the area in the event that Hamas chose to attack in retaliation for the detonation. 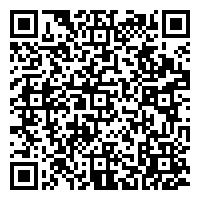