IDF spokesman Hidai Zilberman announced on Friday morning that 160 Air Force warplanes simultaneously attacked 150 targets in the Gaza Strip within 40 minutes and fired 450 missiles. At the same time, Golani infantry forces, together with armored and artillery units, spread along the Gaza border fence and fired at the Strip, firing 500 artillery shells and 50 armor shells. This was the most extensive attack since the beginning of the operation.

“We also hit the Hamas’ subway city underneath Gaza City,” said Zilberman and explained that “These tunnels are a strategic asset of Hamas, and years of work and money have been invested there.”


If you asked yourself where the hundreds of millions of dollars that Qatar transferred to Hamas—with Israel’s permission—really went, that’s the answer.

“Such an operation, which requires joint work and synchronization between fighter jets, UAVs, tanks, troops carriers, and artillery, requires in-depth and long-term planning, and is based on intelligence and wide-ranging cooperation,” Zilberman noted.

The US media incorrectly reported on Thursday that the IDF had launched the ground attack on Gaza, based on a report by an IDF spokesman in English to the foreign media about a force entering the enclave on the Arab side of the border fence, but this was not yet the long-range ground attack.

The IDF spokesman also announced that a senior member of the Islamic Jihad’s anti-tank missile system had been killed.

As of 7:18 AM on Friday, the IDF Spokesman announced, the directive to stay in protected areas for residents of the Gaza Envelope communities up to four kilometers from the border has been removed. However, residents should stay close to the protected areas and stay tuned for warnings.

The Hamas health ministry reported that the number of Arabs killed in the fighting had risen to 109, of whom more than 40 are women and children. The number of wounded was more than 600. These numbers did not include the casualties from the IDF attacks after midnight, Friday.

Clashes and marches in support of Gaza and Jerusalem took place Thursday night in the Palestinian Authority. In Jenin, protesters chanted in favor of the head of Hamas’ military wing, Muhammad Deif. On Friday morning, limited clashes broke out with PA security forces and demonstrators at the entrance to Jenin. Gaza marches were also held in Shechem, where hundreds participated, and in Ramallah, where there were several dozen. 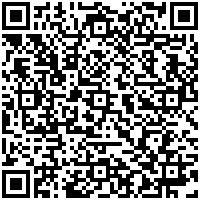