An incendiary terror balloon flown from Gaza started a fire in Kibbutz Or Ha’Ner near the Gaza border late Thursday afternoon.

It was the fourth fire of the day to be started by Hamas arson terror from Gaza. Firefighting teams were summoned to extinguish the blaze.

A large fire was also started by incendiary balloons near Kibbutz Kissufim, with heavy winds and lack of rain making it difficult for firefighters to get the flames under control.

During the morning hours, an incendiary terror balloon landed and exploded at Kibbutz Nir Am, near the city of Sderot, barely a kilometer from the border with Gaza. Police sappers arrived to deal with the incident.

Incendiary terror balloons also landed near the communities of Moshav Hodaya and in Be’er Tuvia, both in the Ashkelon Beach Regional Council district.

Egyptian mediators are still working to reach a cease fire arrangement between Hamas and Israel. 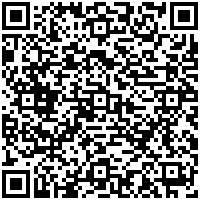