“I will continue to fight for my position, and I do not believe in imaginary approaches,” Bennett said.

According to Bennett, the defense minister’s perception would allow Hamas time to grow stronger, so that eventually their threat would be more serious.

“Even today, Hamas is a small and not particularly strong organization, but if we close our eyes, we’d be confronted by a Hamas armed with tens of thousands of rockets that threaten the entire State of Israel, and I am not prepared to let this happen,” Bennett said.

He also stated his objection to a boots-on-the ground invasion of Gaza, suggesting it’s time for Israel’s security apparatus to start thinking outside the box. “There are other ways to eradicate the Hamas terrorism,” Bennett said.

“It cannot be that for 140 days they would be firing rockets and balloons at us, and then, when they whistle, we stand at attention … They’re using a method of protection against the State of Israel, and we must not surrender to these threats,” he said.

Bennett stressed that his approach does not call for toppling Hamas, but for “sterilizing and disarming” it. “We won’t decide who governs Gaza, but we deny them the ability to hurt us.”

Bennett insisted that “this is possible with determination and creativity on our part. We must not enter Gaza with our soldiers again.”

Last Thursday, Yisrael Beiteinu commented on an earlier Bennett attack, saying, “Since Minister Bennett has been absent from cabinet meetings on the Gaza issue, let alone the most recent one, he is not familiar with the details.” 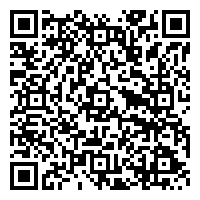