Heavy machine gun fire hit four Jewish homes in the Gaza Belt city of Sderot on Wednesday. Miraculously no injuries were reported; the bullets were big enough, and deadly enough to penetrate the window frames of the homes and twist them like butter.

The #Gaza Strip is dangerously close to Israeli towns. This afternoon, Palestinian terrorists opened fire from a heavy machinegun on Sderot, hitting 4 homes. Luckily, there were no injuries.

How would your country react if terrorists shot at your home? please tell me. pic.twitter.com/dR54TyfJVI


The bullets that struck the homes were fired by Gaza terrorists, according to the IDF, which issued a statement saying the military took a “grave view” of the incident.

“Hamas is responsible for all activities and events that take place within and emanating from the Gaza Strip,” the IDF Spokesperson said.

A separate source claimed the terrorists were aiming for an IDF drone flying over Gaza. 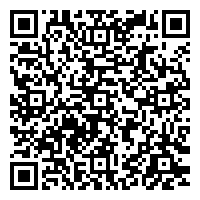