According to a spokesperson for the Eshkol Regional Council district next to Gaza, the IDF is operating in the area.


One terrorist hurled a homemade bomb towards the border fence, Arab sources said.

Arab media reported three people in central Gaza were injured by IDF snipers who “shot them in the legs” during the violence.

“Protesters light rubber tires and throw explosives as they come to the aid of Jerusalem and Al-Aqsa Mosque,” the Hamas-linked ‘al-Resala’ media outlet reported.

Along with the violence at the border fence, Gaza terrorists were also launching arson terror balloons towards southern Israeli communities.

One incendiary balloon landed in the yard of a home in Moshav Zimrat on Saturday evening, according to a report by the N12 television news outlet. The family who lives in the house was home at the time the arson balloon landed, according to the report.

“We praise the steadfastness of our faithful people defending Jerusalem and al-Aqsa. We tell them: Commander Mohammad Deif made a promise, and he shall not retreat from it,” said a spokesperson for Iranian-backed Hamas.

In response to the resumption of Gaza violence along Israel’s southern border, late Saturday night IDF Operations Directorate head Maj. Gen. Aharon Haliva ordered the Israeli Air Force “to refresh” its target bank in Gaza and to be ready for a deterioration in the security situation there, Walla! News reported. 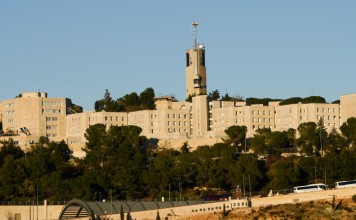