Fifty of the 62 Gazans killed on Monday during violence at the border with Israel were members of the ruling Hamas terror group, spokesperson Dr. Salah Al-Bardawil said Wednesday in a live television interview with “Bladna al Alamiya.”


The Palestinian Islamic Jihad terror group claimed at least another three of the dead were members of its ranks as well.

At least 2,200 Gazans were injured in the melee that took place as some 50,000 stormed the security fence in an attempt to breach the border and murder Israelis in nearby towns.

The violence that began around midday included terror operatives hurling flaming tires at the security fence, using bolt cutters to destroy the barrier while others used slingshots to hurl rocks at IDF soldiers who were defending the border.

As thick black smoke from the burning tires masked some of the activities of those at the fence, other terrorists used the chaos to try to slip through the border into Israel to burn IDF engineering tools, destroy military structures and abduct Israeli soldiers.

Still others were involved in assembling Molotov terror kites that flew over the border carrying flaming bottles filled with gasoline that dropped on the agricultural fields of Israeli farms nearby once the heat from the fire severed the cord attached to the kite, or burst the helium balloon bearing the burning firebomb through the skies. 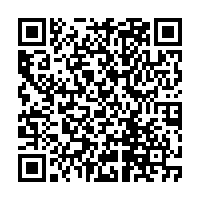