Hamas may be stuck in the same unfortunate place Nazi Germany was in the spring of 1945 when its propaganda machine was claiming military victories over the allied armies but its bewildered citizens could see the destruction of their country with their own eyes. The Beirut-based Al Akhbar on Tuesday published on its front page a report headlined: “‘Sword of Jerusalem’: The Battle Is in the Hands of the Resistance,” which shouldn’t be read by Gazans outdoors, among the rubble:

“The rams are at work, and the resistance continues the fight, while the enemy is resorting to blood and destruction … Calm will come either in a matter of hours, or be postponed due to dedicated American support, under the pretext of ending the ‘combat days’ in a formula that would secure for Israel a claim of victory, or empty any agreement of its content—with Arab or Palestinian support—if it could, while the West Bank, Jerusalem, and the 1948 territories are burning without stopping, and all of occupied Palestine is on schedule for a comprehensive strike today.”

Excessively Optimistic? Perhaps. But it also reveals a Hamas strategy that was both ambitious and imaginative.


We should note that IDF spokesman, Brigadier General Hidai Zilberman, said Tuesday morning that the army is executing a plan to attack strategic assets in the Rimal neighborhood, Hamas’ military nerve center. Rimal is one of the most prestigious neighborhoods in Gaza in terms of the socio-economic status of its residents, and there are a lot of buildings there that belong to terrorist organizations. According to an IDF spokesman, the military will continue to attack the neighborhood for the next 12 hours.

The IDF also proceeds with its operation against the Hamas metro, its underground tunnel system below Gaza and Khan Yunis. At 3:45 AM, an attack began that lasted half an hour, utilizing about 60 planes and 110 accurate rockets. A total of about 10 miles of underground tunnels were attacked.

Zilberman said the number of operatives killed since the fighting had begun was about 130 Hamas operatives and about 30 Islamic Jihad operatives.

But according to Al Akhbar Tuesday morning, all that firing about does not deter the terrorists:

“The resistance, for its part, insists on preserving the victory, half of which it achieved at the beginning of the battle, when it took away the initiative from the enemy, surprised him, and worked to link the Palestinian arenas to each other.”

The above is a reference to Hamas’s decision to declare itself defender of Al Aqsa and fan the flames in eastern Jerusalem – which was met with surprise by Israeli security forces, who spent several nights combating Arab rioters.

According to the report, Hamas has also been striving to preserve the equations that it has “tried to impose since the beginning of the Israeli raids … by escalating its response in quality, quantity, and tactics whenever the enemy seeks the blood of civilians by the bombing of homes and towers.”

It may appear desperate at times, but Hamas and the Islamic Jihad have been working hard to meet every Israeli attack with a volley of rockets. Overnight Tuesday was the first time the terrorist rocket launchers were silent while the warplanes and artillery continued with their surgical assignments. The rockets resumed only around 5 AM, probably because the IAF had been taking out rocket launching units and positions throughout the night.

“And the enemy, for his part, is looking for victory, even if it is through destroying homes, shaking the streets, wiping government headquarters, removing entire families from the civilian records, and finally striking the homes of resistance leaders. But he is very careful about waging a ground battle—it is almost absent from his plans.”

Also, according to Al Akhbar, the enemy

“seeks to apply ‘intense whips of fire,’ especially at night, to instill terror in the hearts of civilians and exhaust the resistance. Between that and that, the occupation is maneuvering with a psychological-media war about calm and the way to stop the war, without hiding the presence of pressure on the civilian population, but with his assertion that he had obtained American coverage—albeit belatedly—that allowed him additional time in the war. Moreover, he is still searching in the folds of time for an opportunity to announce that he has won, by killing a senior Hamas leader, or paralyzing the Palestinian missile capability, although he is unable even to thwart the threat of resistance that is being seen live.”

The report also claims that Israel has been censoring news of the true impact of the Hamas and Jihad rocket barrages on its population, as well as the true scope of Arab military capability it is encountering – a questionable assertion, given that Israeli media are present practically in every backyard that took a direct hit. The nation has been seated in front of its TV and computer screens for days now, watching nothing but footage from the rocket-shelled communities between rounds of loud debates among teams of experts in the studio, almost 24/7.

Al Akhbar concludes with a prediction that this war will end on Thursday, which will mark the exhaustion of the IDF’s bank of targets. Thursday also sounds good by American terms – President Joe Biden and the nice messengers he has been sending to Jerusalem have been asking Israel to seek a ceasefire soon, and this Tuesday, Thursday sounds pretty soonish. 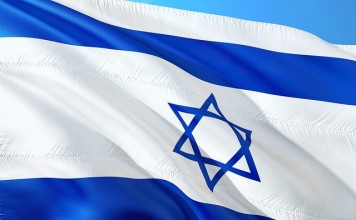