The Arab news agency Sawa on Thursday night reported that Hamas and Israel have decided on an agreement to restore calm to the Gaza border. The agreement was mediated by Egypt and international entities.

According to Sawa, Israel will start pumping Qatari-paid diesel to the power station in the Gaza Strip and will extend the fishing area off the Gaza Strip to 15 nautical miles, and in return, Hamas will stop the incendiary balloon attacks on Israeli surrounding communities near the border and restrain the rioters on Fridays and other occasions.


A UN source told Sawa that according to the agreement the IDF will not shoot at rioters and will not fire tear gas directly on them.

According to Sawa, Israel also agreed to return the confiscated fishermen’s boats – 60 altogether.

In recent days, the balloon terrorism from Gaza has resumed in full force and on Thursday ignited at least 25 fires in Gaza vicinity communities. Fires broke out in the Be’eri Forest, Netiv Ha’asara, Shaar Hanegev Regional Council and Hof Ashkelon Regional Council. Two incendiary balloons landed at the entrance to private homes in two communities. No one was injured.

Many residents in the Gaza vicinity are angry at the government they claim has abandoned them. Eshkol Regional Council head Gadi Yarkoni on Thursday pointed an accusing finger directly at Prime Minister and Minister of Defense Benjamin Netanyahu: “The defense minister and prime minister is not interested, we are not even on his agenda,” he said.

“Balloons landed inside communities and only miraculously there was no disaster today,” Yarkoni said. “We demand that the leadership wake up. The feeling is that we are transparent. ”

In response, on Tuesday, Israel stopped fuel from entering into the Gaza Strip power plant, stating that following the firing of incendiary balloons from the Gaza Strip into Israeli territory to set fire to the Gaza envelope area, it was decided to stop the transfer of fuel to the power plant in the Gaza Strip through the Kerem Shalom crossing from Tuesday until further notice.

Israeli officials have not yet confirmed the calm agreement.

It’s probably a little difficult for the Israeli officials to do so, after an arson balloon and a booby-trapped balloon were sent over on Friday morning. 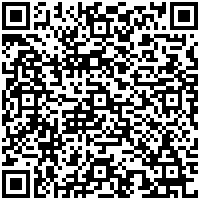