Three weeks ago, the scientist shot himself in the head while “inspecting his personal weapon in his home,” according to the same Hamas spokesman. He remained in critical condition until his death.


al-Alami was born in Gaza City in 1956. He received a bachelor’s degree in civil engineering from the University of Alexandria, Egypt. In the early 1990s, he was Hamas’ chief envoy to Iran, before returning to the Gaza Strip in 2012 after a 20-year exile.

He was then appointed Ismail Haniyeh’s deputy in the Gaza Strip, but did not participate in Hamas’ most recent election, in which Yahya Sinwar took over the movement’s leadership in Gaza.

In 2014, al-Alami sustained serious wounds in his leg, and underwent surgery in Turkey. Those wounds were not self-inflicted, but rumors suggested they were inflicted by fellow Hamas members. Hamas insisted the wound was the result of an Israeli air strike.

There was no Israeli airstrike against Gaza on January 9, when Iran’s man in the Strip was shot in the head. 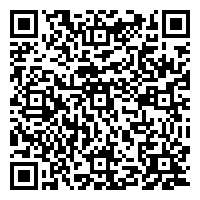