Hamas terrorists once again attempted to breach the security fence along the Gaza border with Israel on Friday, against all warnings by Israel and recommendations by everyone else worldwide, using 20,000 rioters, 10,000 burning tires and numerous attempts at infiltrating Israeli territory to carry out terror attacks.

These photos show what happened yesterday on the #Gaza-Israel border: #Hamas terrorists in plain clothes cut the fence and try to infiltrate Israel.

Is there a single country in the world that would allow hundreds of terrorists to storm its territory? No?


In various spots along the border, thousands of Gazans burned 10,000 tires – as commanded by Hamas – which produced a thick, oily black smoke that rose into the sky, blinding most people and choking everything and everyone around. It was an effective mask for the efforts of Hamas terrorists and their allies who then proceeded to attempt destroy the security fence and infiltrate into Israeli territory to carry out terror attacks.

Over the past hour, rioters have attempted to damage & cross the security fence under the cover of smoke from their burning tires. They also attempted to carry out terror attacks & hurl of explosive devices & firebombs pic.twitter.com/g8fk9N4vcT

IDF soldiers were faced with several tasks at once, but paramount among those was the need to protect the Israeli civilians living nearby as some 20,000 Gazans burned tires, hurled firebombs (Molotov cocktails), grenades, and rocks while others attempted to destroy the fence and infiltrate.

The IDF is protecting Israeli civilians whose homes are just minutes from the Gaza border#NotAPeacefulProtest#TerrorNotProtest pic.twitter.com/gCChN62L8l

Among the nine Arabs who were killed in the ensuing violence was an alleged Palestinian Authority journalist, Yasser Murtaja, who was reportedly hit while filming in an area completely masked by the thick black smoke. The IDF said in a statement that the soldiers did not deliberately target any journalist.

Among the weapons employed by the Israeli military to fight the smoke were giant fans next huge jets of water.

“For weeks we have been warning against coming close to the fence and calling on Gaza’s residents not to obey the orders of the terror group Hamas, and to refrain from terror activities and other violent acts against Israel,” the IDF said.

“Despite this, since last Friday the IDF has been dealing with tens of thousands of people approaching the fence, all instigated by Hamas.

“In response IDF forces are acting under clear orders designed for these circumstances. The IDF does not deliberately target journalists. The circumstances in which the journalist was supposedly hit by IDF fire are not known and they are being investigated.

“The mission has not changed: we are protecting the residents of the south. We will not allow terrorist attacks, harm to security infrastructure or violations of sovereignty.

“Hamas is responsible for whatever happens in Gaza,” IDF Spokesperson Ronen Manelis added in a tweet.

“We have no intention of turning this into a weekly event. If the violent events continue, our response will not be with water cannons aimed at the fence.”

Defense Minister Liberman responding to the death of the journalist said, “I don’t know who he is, a photographer or not a photographer. Whoever flies a drone over IDF soldiers should know he is endangering himself. There were already events where terrorists dressed up as reporters: 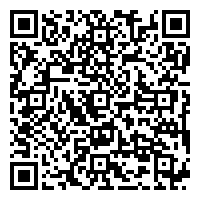