Israel’s Ambassador to the United Nations, Danny Danon, called on the Security Council this weekend to condemn Hamas, following an attempt by Kuwait to call for an independent investigation on Israel on behalf of the Council.

Kuwait distributed a draft press release on behalf of the Council expressing its sorrow over the loss of “innocent Palestinian lives” and called for an independent and transparent investigation into these events, which requires the support of the five permanent members of the Security Council.


In response, Danon said, “The Council must condemn Hamas for its exploitation of children as human shields, risking their lives, and must call for an end to the provocations that only increase violence and tension.

“The riots of this past week have proven to be violent outbursts and not peaceful demonstrations,” Danon pointed out.

Just a day earlier, on Thursday, April 5, U.S. Special Representative to International Negotiations Jason Greenblatt warning in a statement posted on Twitter that the “pay to slay” policy of the Palestinian Authority in Ramallah had been adopted and further twisted into a tool for incitement by Hamas in Gaza.

“Hamas’ vicious exploitation of Palestinians in Gaza has taken a deadly turn as the terror group announces payments for deaths and injuries in protests against Israel,” Greenblatt tweeted. According to the latest reports, relatives of those killed by the IDF during the Hamas-driven riots at the Gaza border will reportedly receive $3,000; and those who were injured are to be paid between $200 to $500 each.

Greenblatt also said in a statement 24 hours before the start of the second Hamas-driven swarm at the Gaza border on April 6: “The United States strongly urges protest leaders to communicate loudly and clearly that protesters should march peacefully; should abstain from all forms of violence; should remain outside the 500-meter buffer zone; and should not approach the border fence in any way or any location.

“We condemn leaders and protesters who call for violence or who send protesters – including children – to the fence, knowing that they may be injured or killed. Instead, we call for a renewed focus by all parties on finding solutions to the dire humanitarian challenges facing Gazans.”

As with prior American calls for a focus on finding ways to improve the quality of life for those living in the enclave, Hamas and allied terrorist groups ignored Greenblatt’s words, as did everyone else in Gaza. 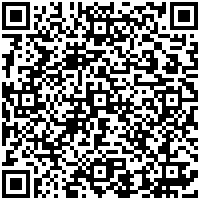