The Hamas military wing Izz ad-Din al-Qassam Brigades on Thursday announced morning that it declared high alert for all its fighters throughout the Gaza Strip, adding: “Following a new chapter of Israeli crime that was committed yesterday and resulted in the killing of three of the organization’s fighters, we announce that the enemy will pay a heavy price with the blood of its people for these crimes.”

The incident began when IDF soldiers approached the fence to disperse children who had gathered near it on the Gaza side, and an Arab sniper opened fire on them. An IDF officer was moderately wounded and was evacuated to Soroka Hospital in Be’er Sheva.


In retaliation, the IDF attacked seven Hamas positions with tank fire, and the Gaza Health Ministry reported three dead and one seriously wounded as a result.

Nine rockets were shot at Israel overnight Thursday from the Gaza Strip, most of which landed in open areas near the security fence. One was intercepted by the Iron Dome system, according to the IDF Spokesperson.

Sirens were heard in the regional councils of Eshkol, Shaar Hanegev and Sdot Negev throughout the night and the morning. On Wednesday night an alarm was sounded at the Ashkelon Beach Council, but the IDF announced it had been a false alarm. 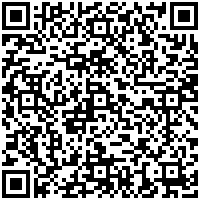