Israel’s strike in Syrian territory on July 25 hit terrorists and missile systems of the Islamic State, the Russian defense ministry said on Thursday.

According to the ministry, at 9:30 PM Moscow time on Wednesday, “seeking to provoke Israel’s strike on positions of the Syrian government army,” Islamic State terrorists opened missile fire at Israel’s territory from the settlements of Hafa and al-Shajara in the al-Quneitra area.

“All Islamic State terrorists and missile systems were destroyed by a pin-point retaliation strike of the Israel Defense Forces warplanes and artillery,” the ministry said.

According to the Russian defense ministry, the command of Russia’s taskforce in Syria thanked the Israeli military for preventing a big provocation by the terrorists, and for exterminating the same terrorists.

The IDF Spokesperson’s office reported earlier that IDF forces destroyed a missile launching system inside Syria that had fired two missiles towards Israel. Both missiles fell in Lake Kinneret. 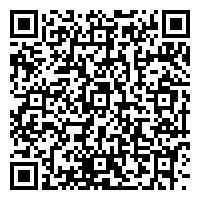