Conversion therapy is one of the third rails of modern political discourse. It has little documented success to show for itself; over the years it has been practiced by more charlatans and Christian religious zealots than by scientists; on occasion it involved invasive surgery such as lobotomy; and it has been banned in a number of Western countries. It is also opposed by the American Psychiatric Association (APA), on the grounds that this treatment is “based upon the assumption that homosexuality per se is a mental disorder.”


Never mind that the APA itself held until 1973 that homosexuality was a mental disorder. It’s a new age, in which you just can’t tell homosexuals that what they perceive as their personal essence is wrong. That war has been lost, mostly because it became a political issue instead of a patient-by-patient discussion.

As if to illustrate this evolutionary point, more than 3,000 teachers from all over Israel have launched a petition calling for Rafi Peretz’s dismissal. The petition reads: “We will not continue to teach routinely when the minister of education expresses such positions.”

“If the minister is not removed from his position, we will call on teachers and principals to shut down the education system at the start of the school year.”

Do the math: the school year starts September 1, elections follow September 17, your kids have stayed home for more than two weeks – who you gonna’ blame? No, not the ghost busters, Rafi Peretz.

Peretz’s defenders and then the rookie leader himself have claimed until they went blue in the face that the minister was not interested in forcing anyone to undergo conversion treatments, but it was too little, too late. Hundreds of politicians on the right and certainly on the left recognized an opportunity to chop off the wings of a national-religious opponent, and they stormed in with the long knives raised in the air, because any vote the historic NRP loses is necessarily a vote that will benefit someone else.

The gay teachers vowed: “We will use all the legal means at our disposal to protest his dangerous and offensive statements. We, male and female educators, teachers, consultants, kindergarten and preschool teachers from across the gay spectrum who work daily with children and youth throughout the country, are angry and shocked by the declarations of the new education minister Rabbi Rafi Peretz, according to which he supports conversion treatments and even encouraged his students to participate in such treatments in the past.”

The gay teachers added: “We see in our day-to-day work how conversion therapies bring irreversible emotional damage to those who are forced to go through them.” As to gay students, they said: “These are youths whose only wish is that they be accepted as they are, loved and included. As LGBT educators, we recognize the identity of the boy and girl before us, accept it and help the boys and girls accept themselves, be happy and complete with themselves and be proud of who they are. We expect every Israeli educator, let alone the Minister of Education, to act as we do.”

But conversion therapy was not the first landmine Rafi Peretz stepped on since becoming a government minister. At a cabinet meeting on July 1 that debated the rate of assimilation and intermarriage in the Jewish community in the United States, following a briefing by former US envoy to the Middle East under the Obama and Clinton administrations, Dennis Ross, Peretz said that “assimilation is like a second Holocaust – we have lost 6 million Jews [to it] since the Holocaust.”

Rafi Peretz is not the first politician, or academic to say such a thing, and many in Israel and the United States believe that intermarriage will sooner or later dissolve the non-Orthodox Jewish community worldwide. But he spoke as the new education minister, replacing his rival within the national-religious camp, Naftali Bennett.

Kaboom. Stepped on a landmine. The quote was leaked out, and outraged American Jews gathered around the tribal fires from California to the New York island, from the red wood forest to the Gulf Stream waters, and burned in effigy the poor rookie education minister who dared say out loud what they all realize when they look at their grandchildren’s tongue spikes.

Since 1968, Republicans have been defeating Democrats in the US with cultural wedge issues which have nothing to do with real politics. Now Peretz, and his cohort Bezalel Smotrich are going out of their way to hand the left stupid cultural wedge issues to help them defeat the religious right. But while one should credit Republicans such as the late Phyllis Schlafly with cunning political thinking, all one can see in the Peretz-Smotrich duo is sheer foolhardiness.

It’s my kind way of saying they’re being stupid.

Chairman of the National Union and Minister of Transport MK Bezalel Smotrich, who is not new to making statements that are hateful to many in both the secular public as well as within his own camp, this week decided it was the right time to draw some of the fire to himself.

Smotrich, who in 2006 organized a 200-man parade accompanied by barnyard animals and dogs to protest the gay pride parade in Jerusalem, and in 2016 supported the separation of Arab and Jewish women in the delivery room, declaring: “My wife is not really racist, but after giving birth she wants to rest, rather than be exposed to the mass feasts celebrated by Arab families [in the delivery rooms],” has now declared for all to hear:

“Since my not expressing my personal opinion is being interpreted as abandoning Rabbi Rafi to the violent media lynching he has undergone since last night, then from this moment on I stand by him. I do not have to agree with every word of his to do that. I’m just not willing to accept a reality in which all the ‘freedom-of-speech lovers’ and their liberalism once again prove that they are mainly thought tyrants who shoot bursts into the hearts of those who dare say something out of line with the majority that rules the discourse.”

Unfortunately, neither Peretz nor Smotrich understands the electoral Holocaust that they are inflicting on the national religious sector in Israel, and that in a cruel and uncompromising election campaign like the one we are in today, fighting for our political survival, the main problem is not the sanctity of free speech, but the duty of a responsible politician to shut his mouth from time to time.

Let Smotrich and Peretz ask Itamar Ben-Gvir and Michael Ben-Ari how it feels to drop from a faction of four MKs in 2009, to 70,000 votes in the last elections, because they were so smart and pure of heart and free-speechy.

Israel faces existential geopolitical and security problems, and we must put a strong right-wing party on Prime Minister Netanyahu’s right flank. But the threat now is that the long-awaited unification of the historic National Religious Party not only will not bring 10 seats or more, but will disappear from the political map.

Stop talking about sexual perversions and family purity and other issues that turn the classic NRP message into the nightmare of the right-wing, secular but traditional Israeli voter – and go back to talking about Hamas, the Palestinian Authority and the settlements.

Your job is not to fix cultural wedge issues, not in the heat of the most crucial campaign in a decade. Your job is to win, and right now you are losing. 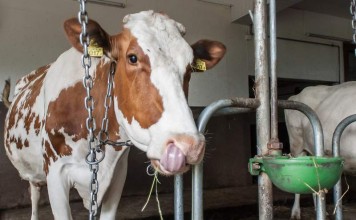 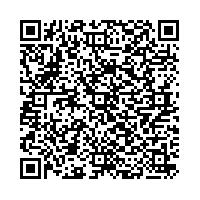