The IDF Spokesperson on Friday reported that hundreds of violent rioters tried to break into Israel and burn the Gaza Strip border fence along the Karni crossing.

The rioters approached the fence, threw bombs, hand grenades and Molotov cocktails, as well as stones, and attempted to set the fence on fire.

IDF forces responded according to protocol and blocked the infiltration attempt.

Starting Friday morning, violent riots have been taking place in five locations along the Gaza Strip border with Israel. At dusk, about 10,000 Arabs were involved in rioting, trying to damage the security infrastructure, burn tires, throw stones and fly kites with burning objects tied to them.

IDF forces are using crowd dispersal methods and using live fire in accordance with the rules of engagement.

The IDF stated it works to protect the citizens of Israel and will not allow damage to the defense infrastructures that protect them.

Sticks And Stones (Bava Metzia 59b) 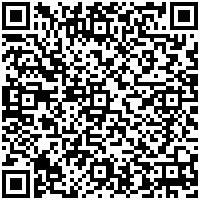