In the best tradition of the immortal headline, “It All Started When Israel Retaliated,” Amnesty International on Friday called for an arms boycott against Israel, which is “carrying out a murderous assault against protesting Palestinians, with its armed forces killing and maiming demonstrators who pose no imminent threat to them.”

“Over the last 11 years, civilians in the Gaza Strip have suffered the devastating consequences of Israel’s illegal blockade in addition to three wars,” AI explained, describing a world divided into innocent Arabs and murderous Israelis. “As a result, Gaza’s economy has sharply declined, leaving its population almost entirely dependent on international aid,” the AI explained, failing to note that Israel has been out of the Gaza Strip since 2005, and that the reason Israel is monitoring goods going into Gaza has to do with the ruling Hamas terror group’s use of these goods to dig terror tunnels, produce explosives and manufacture rockets – thousands of which it shot at Israeli civilians for three straight conflicts as well as on more limited opportunities in between.

Ignoring the Hamas role in the impoverishing of the people of the Strip, AI points out that “Gaza now has one of the highest unemployment rates in the world at 44%,” and that “four years since the 2014 conflict, some 22,000 people remain displaced.”

With the same approach to reality and fairness, AI blames the IDF for its efforts to protect the civilian communities along the Gaza Strip from five consecutive mass riots which included burning tires, firebombing, throwing stones, firing live ammunition at IDF soldiers, flying drones above soldiers’ heads and flying kites with explosives to start fires in Israeli fields across the border fence.

“The organizers of the ‘Great March of Return’ have repeatedly stated that the protests are intended to be peaceful, and they have largely involved sit-ins, concerts, sports games, speeches and other peaceful activities,” the AI claims, probably because someone turned off their internet and they can’t watch those hours of videos depicting hordes of Arabs rushing the fence, the explosives they throw, the roping and tearing down of fence polls.

The AI cites the numbers of Arabs killed – 35 in five days of six concurrent mass riots each – that’s 35 dead in 30 violent riots; as well as 5,500 injured, most of them from inhaling tear gas and other crowd dispersing equipment.

“The time for symbolic statements of condemnation is now over,” the AI declared. “The international community must act concretely and stop the delivery of arms and military equipment to Israel. A failure to do so will continue to fuel serious human rights abuses against thousands of men, women and children suffering the consequences of life under Israel’s cruel blockade of Gaza. These people are merely protesting their unbearable conditions and demanding the right to return to their homes and towns in what is now Israel.”

Nowhere does the AI mention that all of this “nightmare” could go away had Hamas announced a change in their official policy of endeavoring to annihilate the Jewish State and their agreement to cease their indefatigable efforts to terrorize the civilian population of Israel. As Israeli politicians on both sides of the aisle have declared countless times, Israel has no interest in occupying Gaza, and when the Gaza government starts investing in its own prosperity, Israel would be the first to match those investments.

Here’s the problem with an arms embargo against Israel: these days, it’s Israel which sells billions of dollars’ worth in military equipment to the entire world. Its only significant foreign source of arms is the United States which is both committed to a 10-year, $38 billion military aid deal, and collaborates with Israel on the development of missile defense shields. That’s not going away.

So the remaining question is, would the few Western European arms manufacturing countries who sell to Israel be persuaded to go without in order to somehow empower those Hamas rioters every Friday? 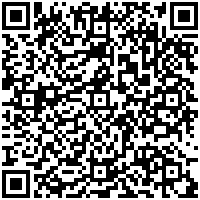