Israeli Air Force (IAF) fighters struck several Hamas targets in the Gaza Strip on Saturday night in response to a rocket attack on Israel earlier in the evening.

Terrorists in Gaza fired a rocket at southern Israel, toward the city of Sderot. The Iron Dome Defense system intercepted it mid-air.

In response, the IAF bombed a Hamas underground rocket production workshop, a weapons storage site, a training facility, and a terror tunnel. 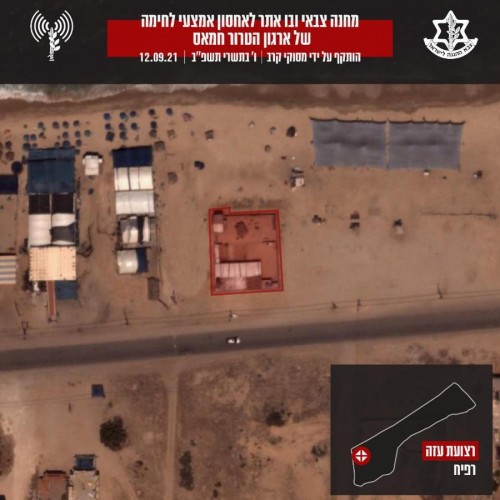 A similar attack occurred Friday night. Gazan terrorists launched a rocket toward Israel, which was intercepted by an Iron Dome battery.

In Gaza, local sources reported that the attack caused damage but no casualties.

No Israelis were harmed in the attacks.

The IDF stated that it “will not accept a situation in which the terrorist organizations are working against the Israeli home front,” and “will continue to respond strongly to terrorist acts from the Gaza Strip and considers Hamas to be responsible for everything that is happening in the Gaza Strip.”

The Islamic Jihad terror organization is believed to be behind the attacks, possibly a response to the capture of four terrorists who escaped from prison and who were recaptured by Israeli forces over the weekend. Three of them are members of the Islamic Jihad.