The Israeli Defense Forces attacked Hamas positions in Gaza on Saturday night less than an hour after terrorists launched a rocket at southern Israel, and after another long day of balloon bombs flying over the border and into Israeli fields, forests and communities.

A rocket attack launched by Gaza terrorists Saturday night headed towards an unpopulated, open area – so the Red Alert incoming rocket warning siren did not activate in any populated areas this time around.

Instead, the alert was triggered in a special designated app intended to activate when the trajectory of the rocket or mortar shell is taking the projectile to a location where it will do no harm. 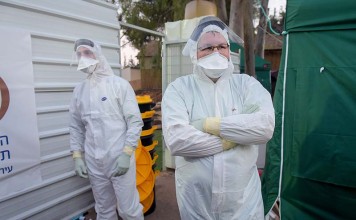