Democratic presidential candidate Sen. Elizabeth Warren (D-Mass.) said on Thursday in Derry, N.H., that she would not attend next month’s AIPAC Policy Conference.

She relayed her decision via an answer to a question by a potential constituent.

“I’m an American Jew, and I’m terrified by the unholy alliance that AIPAC is forming with Islamaphobes and anti-Semites and white nationalists. And no Democrat should legitimize that kind of bigotry by attending their annual policy conference. I’m really grateful you skipped the AIPAC conference last year, so my question is if you’ll join me in committing to skip the AIPAC conference this march?” asked an audience member named Sarah, who is an activist with the anti-Israel group IfNotNow and asked Democratic presidential candidate Sen. Bernie Sanders (I-Vt.) the same question at a town hall in the same town the day before.

Tonight, Elizabeth Warren nodded along and smiled as a questioner slandered AIPAC as “an unholy alliance” of “Islamophobes,” “anti-semites, and white nationalists” that perpetuates “bigotry”

Without blinking, Warren then agreed to boycott next year’s AIPAC conference pic.twitter.com/U2MJ6DCTdZ

“The way I see this, is that for America to be a good ally of Israel and of the Palestinians, we need to encourage both parties to get to the negotiating table,” said Warren.

Sanders said on Wednesday he would have “no objection to going.”

The Republican Jewish Coalition rebuked Warren for her decision.

“The Democrat Party is turning their back on Israel,” RJC spokesperson Neil Strauss told JNS. “Elizabeth Warren, who came in third in [the] Iowa [Caucus], is happy to speak to anti-Israel groups like J Street, but she will shun AIPAC.”

“The winner of their Iowa caucus, whether it ends up being Sanders or Buttigieg, has spent the last year accusing the only democracy in the Middle East a human-rights abuser,” he continued. “Unfortunately, only one party can still call itself pro-Israel: the Republican Party.”

Rep. Brad Schneider (D-Ill.), who is backing former U.S. Vice President Joe Biden for president, told JNS on Friday that while he cannot speak for Warren, all candidates should attend the annual pro-Israel event. Schneider said that he plans to attend.

“All candidates should attend AIPAC, absolutely,” he said, adding that Warren will “make her choice, but I think it’s important for every candidate, Republican, Democrat, president, congressional, to meet with people of all opinions and not to turn a blind eye to anybody.” 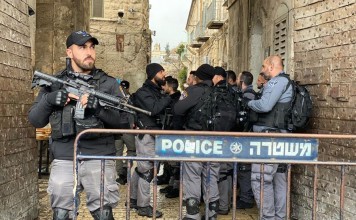 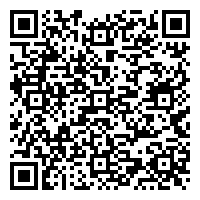