The attack came in response to rockets that were fired from Gaza towards Ashkelon earlier, at 9:32 AM on Saturday.


One rocket landed in an open area near Ashkelon, causing no injuries or damage. The other rocket fell short and landed in Gaza.

There has been a noticeable uptick in rockets launched from Gaza at Israel as of late. 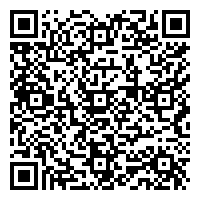