The Military Advocate General, Major General Sharon Afek, on Monday ordered the Military Police investigations unit (MPIU) to launch a criminal investigation into the death of Gazan paramedic Razan al-Najjar from IDF fire at the Gaza border fence last June, while she was caring for wounded rioters, Channel 10 reported.

The Military Advocate General’s Office rejected the findings of the IDF’s initial investigation into the circumstances of the incident, according to the IDF Spokesperson, who stated that “in connection with the incident, an operational debriefing was conducted, as well as an examination by the General Staff investigation team. The findings were transferred to the Judge Advocate General’s Office, which decided to open an MPIU investigation.”

A few days after the June incident, the IDF published the results of an investigation into the circumstances of An-Najjar’s death, according to which only a small number of bullets were fired during the incident, and no direct shooting was carried out. In other words, the IDF sniper did not intend to hit a-Najjar.

In July, however, B’Tselem published new evidence regarding the death of the paramedic, which it claimed contradicted the conclusions of the IDF investigation. According to B’Tselem, deliberate IDF fire resulted in the killing and wounding of two Gazan paramedics, who stood about 25 yards from the fence and wore an easy-to-identify medical team.

Rami Abu Jazar, 29, from Khan Yunis, who worked as a volunteer paramedic and alongside A-Najjar, told B’Tselem his own version of the event:

“We stood close to the demonstrators and heard people shouting that two young men fainted near the fence. We went to them to take care of them, with me and Razan walking ahead of the rest. We raised our hands above our heads so that the soldiers would understand that we were paramedics. All of us also wore medical vests, but when we started evacuating them, the soldiers opened fire on us using massive tear gas canisters.”

Abu Jazar added: ” Razan began to choke and we went back. After we moved away, we began to feel better and decided to approach the demonstrators. We stood about 10 yards from them and 25 yards from the fence. No demonstrator was standing near us. At one point we saw two soldiers coming down from an army jeep, kneeling, and pointing their weapons at us from a sniping position. They shot two live bullets at us and when I looked at Razan, I saw her pointing to her back and then falling. A second later, I fell, too, because I was hit in the left knee. I was later told that Razan had been injured in the left side of her chest.”

That’s the statement from an Arab paramedic, who, as the whole world knows, never lies. This is a fine bowl of horse feathers for the IDF Spokesperson’s office, which had been on the attack against false accusations in the A-Najjar case:

Two days after the incident, the IDF Spokesperson’s Office in Arabic tweeted a sharp attack video on the deceased paramedic. In the video, Al-Najjar throws a smoke grenade alongside Arab rioters.

“Razan al-Najjar is not the angel of mercy as Hamas is trying to portray her,” the IDF Spokesperson’s Office in Arabic, Major Avihai Adre’i, tweeted. “She admitted that she served as a live shield for the rioters, and this proves how Hamas is exploiting all parts of Gaza society to carry out Iran’s goals and objectives.”

“Are paramedics anywhere in the world hurling grenades and participating in riots, calling themselves live shields?” Adre’i wondered.

B’Tselem now claims that “the IDF Spokesperson tried to shake off the army’s responsibility for the killing of A-Najjar. At first it was reported that there had been no shooting by soldiers at the spot where she stood. Later it was reported that it appeared A-Najjar was killed from a ‘bullet shrapnel,” and finally they claimed that she had served as a ‘live shield for the rioters.'”

“The killing of a-Najjar is a direct result of the rules of engagement that Israel has been implementing since the beginning of the demonstrations,” B’Tselem argued. “The deadly consequences of this policy are well-known, as the vast majority of those killed in the clashes did not endanger the security forces on the other side of the fence.”

B’Tselem also argued that “attempts by the IDF Spokesperson and other officials to shake off the army’s responsibility for the killing of A-Najjar are not within the framework of the provision of factual information to the public by the competent authorities. On the contrary, they are part of the propaganda attempts of the authorities responsible for this policy to minimize ‘image damages’ by concealing the facts and euphemizing them.”

Incidentally, to support their case against the IDF soldiers and the spokesperson, B’Tselem enclosed an additional crucial testimony, by A-Rajjan’s mother, Sabreen al-Najjar, who swore that “Raszan was a naive girl who loved life and always smiled.” 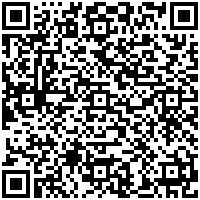