The Israel Defense Forces on Saturday night struck an observation post in southern Gaza belonging to the enclave’s ruling Hamas terror group, the IDF announced. It was the third such attack in 24 hours. Arab media reported the target was located in southern border town of Rafiah.


All three attacks were carried out in response to the high trajectory rocket fire that was aimed at the Sha’ar HaNegev Regional Councils and Sdot Negev, the IDF said.

“The severe shooting on Friday proved once again that Iran, through rogue and extremist terrorist organizations, is acting to bring about a deterioration in the regional situation,” the IDF Spokesperson warned.

Iran is “playing with the lives of Gaza residents and is likely to lead the Gaza Strip to escalation after years of security calm,” the IDF Spokesperson added. “Hamas has full responsibility for the situation and its implications.” 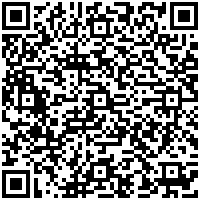