IDF jets hit several targets in the Gaza Strip including two terror tunnels and Hamas military infrastructure overnight between Friday and Saturday following a grenade attack in which an IDF officer sustained moderate injuries, as well as ongoing aerial arson attacks launched from the Strip.

The first tunnel was located in the south of the Strip inside Palestinian territory opposite Kerem Shalom, while a second tunnel in northern Gaza was hit early Saturday morning.


Some 17 rockets and mortars were fired from Gaza into Israel during and following the IDF strikes, leading the IDF to issue restrictions to Gaza Belt residents, among them closure of the popular Zikim Beach and a ban on open-air gatherings of more than 100 persons.

The IDF said five projectiles had been shot down by Iron Dome air defense batteries.

“The Hamas terrorist organization is continuing to conduct terrorist operations against IDF forces and security infrastructure and to attempt to harm Israeli civilians,” the IDF said in a statement, calling the Hamas attacks a “gross violation of Israeli sovereignty.” 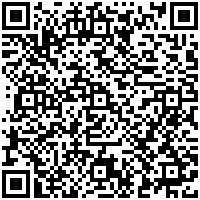