More than 100 rioters were injured but no deaths reported on Friday as some 7,000 Gazans spread out over five locations along the border once again began rolling huge burning tires at the fence, hurling rocks with slingshots, and flying Molotov kites carrying firebombs over the security fence.

Due to strong winds from the east, smoke from their burning tires and tear gas pushed many of the Gazans back from the fence. It also foiled their plans for their 300 Molotov kites.

Still, dozens managed to break through the barbed wire barrier. They reached the Gaza side of the Kerem Shalom crossing with Israel by Friday evening, and burned the infrastructure and gas pipeline that supplies Gaza with fuel from Israel.

“When Hamas sent rioters to sack the Kerem Shalom humanitarian crossing, this is what they jeopardize,” Lt.Col. Jonathan Conricus pointed out.

Two IDF (civilian, off the shelf) drones that were being used to document the events at the border crashed Friday in Gaza during the violence, the IDF said. It wasn’t clear why they crashed. Arab sources claimed both were downed by rioters hurling rocks with slingshots.

IDF soldiers responded to the violence with tear gas and in the case of more violent rioters aiming to damage the security fence and/or infiltrate into Israeli territory or carry out other attacks, live fire.

Hamas has been using the violence at the border as cover for attempts to infiltrate and carry out terrorist attacks, the IDF said. “In recent weeks, we’ve once again seen the complexity of the situation, when our forces found themselves facing mass protests that served as cover for terrorist actions, attacks on soldiers, attempts at kidnaping, attacks on military posts, and attempts to infiltrate [Israeli] towns,” IDF chief Lt. Gen. Gadi Eisenkot said earlier in the week.

“Destroying the infrastructure at the main crossing for humanitarian aid certainly is not the actions of peaceful protests and only makes it more difficult for the international community to help improve the lives of Palestinians in Gaza,” tweeted U.S. Special Representative for International Negotiations Jason Greenblatt. “Hamas has failed.”

This is one of the kites that Hamas is flying today on the Gaza border. Note the swastikas & the firebomb attached to it in order to torch Israeli fields.

Hamas holds a Nazi ideology. It wants to murder Jews & to destroy Israel. The #GreatReturnMarch is a cover for terrorism. pic.twitter.com/dilaxZ6gYb 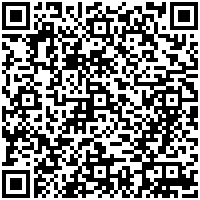