It was the third such attack within pre-1967 Israel in the past seven days.

“We congratulate our people on the heroic operation carried out by the martyr Dia Hamarsha,” Hamas said.

A Palestinian man distribute sweets to people on the street after five Israelis were killed in shooting attack, in Deir al-Balah in the center of #Gaza strip, on March 29, 2022. Photo by Ashraf Amra pic.twitter.com/0UfaRTaMRb

Likewise, the Iranian-backed Palestinian Islamic Jihad organization praised the attack but also did not claim responsibility or any connection to the killer.

“This is the harbinger of our people’s operations, to come deep inside the [Zionist] entity,” said senior PIJ official Ahmad al-Mudalil.

Atrocious: #Palestinians in Jenin and Gaza are celebrating following tonight's deadly terror attack in Bnei Brak, central #Israel in which 5 people were murdered.
We mourn the lives stolen by this senseless act of hate. pic.twitter.com/453tcOyruX

In the city of Hebron, in Judea, Palestinian Authority Arabs handed out sweets to passersby and drivers on the road, to celebrate the attack.

According to Israel’s Channel 13 News, the terrorist was a member of the Fatah-linked Al Aqsa Martyrs’ Brigades terror group. Palestinian Authority leader Mahmoud Abbas heads Fatah, the leading faction in the PA, as well as the PA itself. 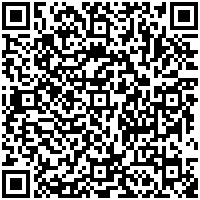