A joint operation by the IDF Intelligence Division, the National Bureau for Counter Terror Financing (NBCTF) at the Ministry of Defense, and the National Center for Cargo Diagnosis in the Tax Authority recently exposed an attempt to transfer tons of chocolate bars to the Gaza Strip as a means of transferring money to the Hamas terror organization.

According to the suspicion, Hamas operates extensive infrastructure to finance terrorism through the purchase of goods and basic food products, such as chocolate bars, intended for sale to Gaza’s residents. Proceeds from the sale of the snacks are used for Hamas’ activities and the funding of its military wing.

The Ministry of Defense stated Monday that Israel’s combined security forces have stepped up enforcement and supervision of importers to the Gaza Strip who work with the companies owned by the Shmalach family, including the Al-Matahadon exchange and Arab-Altzin, which have been declared a terrorist organization.

Business activity with these companies constitutes a violation of Israeli law and can lead to the leveling of heavy sanctions against those involved.

Acting on intelligence, Israel has been able to thwart a number of financing routes to the terror organizations in Gaza and confiscate goods in an administrative seizure order signed by Defense Minister Benny Gantz.

Ganz stated that “Israel will continue to act to prevent the intensification of Hamas, which is building a military force, instead of worrying about the residents of the Gaza Strip who are breaking under the economic burden.”

“We will continue to pursue terrorist funds in any way they seek to transfer them,” he added. 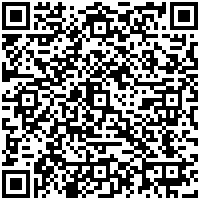