An IDF officer was wounded Friday when a live grenade was thrown at him by terrorists who attacked him and other soldiers under the cover of “rioting” at the security fence along the border with northern Gaza near the former Karni Crossing close to Kibbutz Nahal Oz — the site of numerous terror attacks.

The officer, an IDF major whose name has been withheld, sustained serious shrapnel wounds in his upper body when a 15-year-old Gaza terrorist threw a live grenade at him while trying to cross the fence into Israeli territory, the IDF said.


The terrorist, named by Ynet as Othman Rami Halles, was shot and killed by other soldiers. In addition, 70 other Gaza “rioters” were reported wounded in the clashes.

The officer was airlifted to Soroka Medical Center in Be’er Sheva and is reported in stable condition.

Israelis living in nearby communities were ordered by the IDF to bring their children indoors and to close their windows due to the necessity of using tear gas to disperse the thousands of violent Gazans attempting to breach the security fence at the border.

The IDF has launched an investigation into the incident, which has been cited as one of the most grave since the start of the violence at the southern border in March.

The force was contending with a mob of masked Arab rioters who were burning tires and hurling live fireworks, explosives and rocks at the troops.

The injured officer was evacuated to Hadassah Ein Kerem Medical Center in Jerusalem for treatment.

This report was posted from New York before the start of the holy Sabbath. 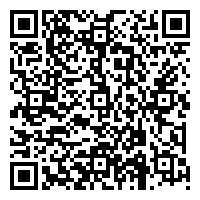