Here’s were things stand on Friday morning in the clashes between Hamas and Israel: Al-Jazeera reported Thursday night that a ceasefire agreement had been reached between the two governments and that it had been in effect since 10:45 PM. An Israeli source called up the media to state that Hamas had asked for a ceasefire starting Friday morning, but there was no truce between the sides.

Indeed, the Political-Security Cabinet that held an emergency meeting Thursday night instructed the IDF to “continue to act forcefully against the terrorist organizations in the Gaza Strip.”

But the reality has been that clashes between Gaza and Israel ended at 10:45 PM, just as Hamas had called it, because the Netanyahu government has been in a reactive mode regarding the Gaza Strip since it came to power back in 2009. Indeed, Channel 2 News concluded its report of the Al-Jazeera story with its own note that Israel’s Home Front Command reduced the urgency of its safety instructions for residents of the Gaza perimeter. Because, let’s face it, Hamas is calling the shots for both the front and the home front in Israel.

Globes, the closest thing to the Wall Street Journal in Israel, attacked the entire political system Friday morning, under the headline “Neither Vision Nor Plan. This Is What Israel’s Security-Political Echelon Looks Like.” Its analyst, Tal Schneider, wrote: “From all corners of the political spectrum, and above all, from cabinet members, we do not hear any original solution, vision or thought. They just Shuffle through the dust of the field fires, the burning thorns and the absence of a horizon.

“I wonder if the important people who are enclosed in discussion rooms understand how much they are discouraging the public – in all its shades.

“This group, the politicians in its number, do not talk to the public. They stir their tea with their spoons and do not answer questions, do not hold a press conference, do not explain to the citizens what they want, where they’re going and what their goals are.

“Instead they drop the responsibility to explain this reality on the shoulders of the IDF Spokesperson, Brigadier General Ronen Manlis, while they are hiding from the public.”

Ron Ben Yishai, Yedioth’s military analyst, did not attack the Netanyahu cabinet Friday morning, but his take on the current situation reflected the same notion that in the end it’s Hamas that decides Israel’s policy: “In Israel, both in the political echelon and in the security echelons and the IDF, it is estimated that the ‘big deal’ with Hamas will not happen in the near future.” That’s not because Israel doesn’t want it, but because, what can you do, Hamas doesn’t want it, apparently.

“The five-year ‘hudna’ (ceasefire), which has been discussed in recent weeks by the Arab and Western media, is not even close to being achieved by the Egyptian mediators and the UN envoy,” Ben Yishai laments. “The detailed reports about it were nothing more than psychological warfare on the part of the mediators and Hamas, to create the impression that Hamas was prepared for a long-term and stable truce if all its demands were met – without any concessions on its part.”

That’s not the promise Israel received from pre-Defense Minister Avigdor Liberman, when he promised to take out Hamas chief Ismail Haniyeh within 48 hours from the moment he, Liberman, takes over command of Israel’s security. According to the popular website “Is Ismail Haniyeh Dead Yet?” the answer, 2 years, 2 months and 1 week later is still a resounding NO.

The IDF believes that they have what it takes to operate in the Gaza Strip to defeat Hamas and severely damage its military force until it returns to the August 2014 understandings, Ben Yishai reports, but, alas, “the political echelon in Jerusalem and in the defense establishment agree that there is still no need to embark on a large-scale operation in the Gaza Strip, including a ground maneuver of armor, infantry and engineering forces deep into the Gaza Strip.”

“There is still no intention of invading the Gaza Strip, taking control of it and destroying the Hamas government, as the IDF has trained for and is ready to carry out within a few days,” Ben Yishai concludes.

Perhaps Netanyahu and Liberman are waiting for permission from Hamas to get going? 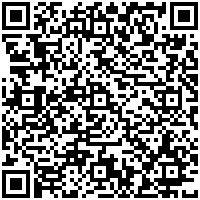