As the tension in the south is growing, with firebomb kites and balloons burning large swaths of fertile land along the Gaza Strip border, accompanied by rocket barrages and recurring sirens that keep local Israelis rushing to find shelter, Minister of Public Security, Strategic Affairs and Minister of Information Gilad Erdan on Thursday rejected claims that Israel’s deterrence vis-à-vis the Hamas has weakened.

Speaking to Army Radio, Erdan said that “there is a great chance that we will have to embark on a military operation in order to create long-term deterrence. There may be no other choice, and we would have to enter into a large-scale operation in the Gaza Strip – as early as the next few months.”


Erdan’s remarks follow several attempts, on and off the record, on the part of IDF and defense Ministry officials to warn Hamas that it does not understand how close Israel is to launching a wide-scale operation in Gaza, one way or another, in response to the increase in firebomb terrorism, and especially after the 45 rockets that were launched at Israeli communities the other night.

Meanwhile, the IDF is preparing for a a large-scale operation in the Gaza Strip, in case it receives the order, including a wide deployment of additional Iron Dome systems in the south.

The security apparatus is also mulling targeted assassinations of Hamas seniors, to deliver the message regarding who can do what to whom.

Welcome to the Middle East, where you can smell the Napalm all day long. 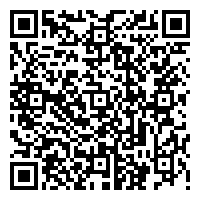