On Sunday, the Jewish Agency for Israel Board of Governors will formally bid farewell to Chairman of the Executive Natan Sharansky, whose nine-year tenure at the Jewish Agency’s helm will draw to a close during the board’s meetings.

Chairman Sharansky will continue his service, as the Founding Chair of the organization’s Shlichut Institute, which will provide Jewish Agency shlichim (emissaries) with training and tools before, during, and after their service stint.


Hundreds of Jewish communal and organizational leaders from around the world will gather in Israel for the Board of Governors’ meetings next week (June 24-26) in Jerusalem. The board’s deliberations will center on the state of Jewish campus life and on the role of Jewish Agency Israel emissaries to Hillel as campus shlichim in addressing the challenges facing Jewish college students today.

Sharansky was born in Donetsk, Russia, in 1948 to a Jewish family. As a child, he was a chess prodigy, performing in simultaneous and blindfold displays, usually against adults. At the age of 15, he won the championship in his native Donetsk. He actually beat the world chess champion Garry Kasparov—in a simultaneous exhibition—in 1996.

Later, when he spent a great deal of time in solitary confinement over his subversive activities, Sharansky says he have maintained his sanity by playing chess against himself in his mind.

In 1977, Sharansky was arrested on multiple charges including high treason and spying for America, by passing to Western journalists lists of more than 1,300 refuseniks, many of whom were denied exit visas. In 1978, he was sentenced to 13 years of forced labor. His health deteriorated in those state prisons, and his life was in danger as a result. Later he was transferred to a gulag.

As a result of an international campaign led by his wife, Avital, Sharansky was released in 1986. The couple immediately immigrated to Israel. Avital had become observant during Natan’s imprisonment, but he did not follow her path. They have two daughters, Rachel and Hannah. 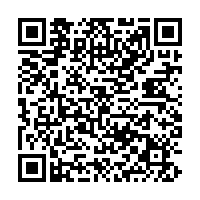