The IDF spokesman said that a site for the production of Hamas weapons had been attacked.

Someone already asked how many factories and military bases Hamas still has. After all, in the past month the IDF has reported destroying dozens of them and there are still new industrial assets and military compounds to bomb without harming, God forbid, a single Arab terrorist.

Those are killed only in “work accidents” when the explosives they launch using balloons they fill with helium that Israel supplies to hospitals in Gaza explode in their hands.

The rockets resulted in Code Red alarms in Nahal Oz and Alumim in the Gaza Envelope, the rockets exploded in open areas in the envelope.

The firing of Hamas rockets took place shortly after an earlier IAF attack that targeted some underground infrastructure and a Hamas military post in the Gaza Strip, in response to the continued launching of incendiary and explosive balloons.

26 fires broke out Thursday in Israel’s Gaza Strip Envelope communities as a result of incendiary and explosive balloons.

Yael Raz-Lahiani, who lives in Nahal Oz in the Envelope, Told Reshet Bet radio Friday morning: “I woke up at five to the sound of the alarm, I ran to the shelter to be with my daughter. What to do? We’re feeling anxious, restless, that’s what’s in your head when someone is attacking you. I returned to live here in 2007, and I can’t get used to it. Not to the restlessness, not to jumping at night, and not to the headache of the aftermath, You don’t get used to it.”

What to do? Kill the enemy. This is what a Defense army is supposed to do. Not to contain the enemy’s rockets with the Iron Dome ingenious invention at a cost of of NIS 30,000 per interception.

Earlier, Hamas issued a warning through Qatari mediator Muhammad al-Amadi that it would continue to fire on Israel beyond the Envelope settlements which the Netanyahu and Gantz government are conceding as gun fodder, if Israel did not comply with its new demands regarding the transfer of medical equipment to the Gaza Strip, al-Akhbar reported.

They must be running out of helium.

The Hamas threats came against the backdrop of the spread of the coronavirus in Gaza, where new patients were discovered outside the isolation centers set up by Hamas.

According to the al-Akhbar report, Hamas has announced that the next few days will be “hot” – depending on the pressure in the Gaza Strip due to the spread of the virus. The terrorist organization also threatened that the launching of incendiary and explosive balloons at Israel would intensify in the coming days, in order to increase the pressure on Israel.

If only Israel had a strong army that could protect it from gangs of Arab thugs. It really should have started one.

Earlier this week, Gaza announced the first coronavirus patients, following which Hamas imposed a 48-hour curfew throughout the Gaza Strip. On Thursday, the Gaza Health Ministry reported that two additional patients had been diagnosed with the virus who had not been in isolation and the source of their infection is unknown.

The Hamas threats come despite a Qatari capitulation to the Hamas’ demand of an increased multi-million dollar monthly donations, as well as funding for other projects Hamas demanded, such as laying a new power line in Gaza.

They should also demand imports of sand dunes, because the IDF is blowing hell out that precious commodity across the border. 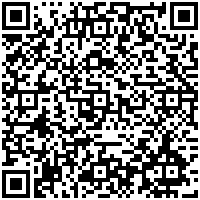