The Ad Kan group reported uncovering that the financial reports filed by Breaking the Silence, it received more than NIS 1 million ($300,000) in 2019 from NDC, which describes itself as a “Palestinian non-profit, non-governmental organization supporting Palestinian and NGOs and their representative entities to more effectively respond to the needs of the most disadvantaged groups in Palestinian society.”


According to NGO Monitor, a document funded by the French government outlines the “strategic objectives” of NDC, which include: BDS Campaigns; Campaigns for Academic and Cultural Boycott (of Israel); Anti-Apartheid Wall Campaign; Anti-normalization Campaign; Establishing monitoring data on settlement expansion, construction of Separation and Annexation Wall, Gaza siege, Jerusalem, homse demolitions and evictions, water resources, environment, political prisoners, etc.; Implementing and disseminating in depth thematic studies about Israeli violations of human rights in the occupied territories; and Development of a unified NGO strategy for international advocacy.

In that mode, NDC has been disseminating biased and politicized rhetoric including a distorted narrative on Judea and Samaria water distribution, restrictions, violations, and settler violence.

The NDC claims to give out over $65 million, which it receives from various Palestinian sources, European governments, and an Islamic bank that is suspected of laundering money for terror and that supports imposing Sharia Law throughout the world. The bank also is suspected of supporting terror during the Second Intifada. The NDC describes itself as a foundation that supports Palestinian NGOs and assists these NGOs in establishing themselves within Judea and Samaria, Gaza, and East Jerusalem.

Recently, the foundation published an ethical code and an ideological set of principles that organizations it supports must follow. Among these principles is a requirement to support the national Palestinian agenda, not support any normalization with the “occupier,” not carry out any actions that could hinder Palestinian attempts to establish an independent state, and support the Right of Return for all Palestinian refugees to reclaim their lands within the State of Israel. In addition, organizations supported by NDC must support economic boycotts of Israel- BDS, as well as cultural and academic boycotts of Israel.

Furthermore, recipients of NDC support must, according to the ethical code, “fight against the occupation” with an emphasis on activities in Jerusalem and Area C.”

Adhering to this principle of its provider, BtS may need to reassess its declared position as an unbiased reporter of nothing but facts regarding the experiences of IDF soldiers serving in Judea and Samaria.

Recently, the Tazpit News Service, revealed that one of the organizations created by the NDC in eastern Jerusalem is connected to the terror group Popular Front for the Liberation of Palestine (PFLP). The Shefek Network, which operates cultural institutions in eastern Jerusalem and is supported by the NDC through grants that came from the Swedish government totaling more than $4.5 million over the past 5 years. Many leaders of the Shefek Network have strong connections to the PFLP. The head of the organization is Omed Daud Al Ayul who previously held positions in the PFLP itself as well as in other organizations connected to the PFLP. Other leaders of Shefek include Samar Abu Aisha who is the Publicity Director and is a released terrorist who was connected to the PFLP and appears on posters with the PFLP symbol.

Just one week ago, the Israeli Police raided homes and offices in East Jerusalem, including the homes of Rania Elias, Sahil Huri and Omed Daud Al Ayul, all of whom are leaders in the Shefek Network and its affiliates. The raids followed suspicions of fraud and other financial crimes including laundering money, tax avoidance, and other crimes.

Is Breaking the Silence providing reports to the Palestinian Authority?

Another aspect of the guidelines set by the NDC for organizations they support, is that every organization must be completely transparent to NDC and to the Palestinian Authority. In other words, the organizations must provide regular updates on their activities to the PA.

Ad Kan said in a statement: “The funding that Breaking the Silence received from the NDC Foundation this past year is greatly troubling given that NDC also funded Palestinian terror groups and even required that organizations follow an ethical code that supports the Palestinian Right of Return and the BDS campaign. This raises unsettling questions about the activities of Breaking the Silence. Moreover, even if the transfer of funds was legal, the money came from somewhere, quite possibly from foreign governments. We call upon the Israeli authorities to investigate if Breaking the Silence has been transferring classified military information to the Palestinian Authority in exchange for large sums of money. It has previously been proven that Breaking the Silence received funding for foreign governments in order to extract testimony from IDF soldiers.” 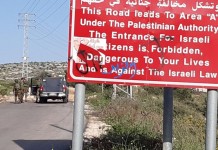 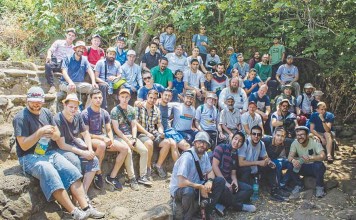 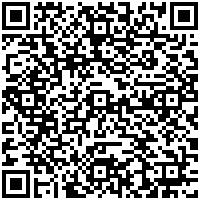