For the first time since the end of Operation Guardians of the Walls, on Saturday, Hamas leader in the Gaza Strip Yahya Sinwar dared to show his face in public, as part of a “victory procession” of the Hamas’ military wing.

During the 11 day operation, Sinwar had moved from one hiding place to another throughout the fighting, for fear of being killed by Israel.

Sinwar visited the family of the late Gaza Brigade Commander General Bassem Issa, who had been eliminated at the beginning of the fighting, and hugged his son. During the operation, Sinwar’s home in Khan Yunis was bombed by the IAF, as was the home of his brother Muhammad who is a senior member of the military wing of the terrorist organization. Hamas disclosed that Sinwar, Mohammed Deif, and Marwan Issa all survived Israeli attempts to eliminate them during the operation.

The IDF estimates that Yahya Sinwar is the factor that led Hamas to the last escalation, more so than the commander of the military arm, Mohammed Deif. Beyond the events in Sheikh Jarrah, the Damascus Gate, the Temple Mount, and the cancellation of the Palestinian Authority elections, the IDF believes the change in Sinwar’s course that led to the rocket barrages on Israel was a response to the recent Hamas leadership election in Gaza which almost ended in his loss. From that point on, the IDF has noted changes in his behavior which they defined as “messianic.”

Chief of Staff Aviv Kochavi said in one of his assessments of the situation in the Southern Command during the operation that “Yahya Sinwar wanted to be a defender of Jerusalem and ended up as the destroyer of Gaza.”

Just as many Israelis have expressed their disappointment at the wasted opportunity of using the 11 days of fighting to achieve a much more decisive punishment of Hamas and the Islamic Jihad, including more severe blows to the Gaza Strip economy, IDF the intelligence sources report that the military wing of Hamas is frustrated that they did not achieve anything beyond the rocket fire at Israel. According to the IDF, Hamas members are also wondering what they got out of the operation.

In an interview on Kan 11 on Friday, Defense Minister Benny Gantz made it clear that the leaders of Hamas Deif and Sinwar are still targets for elimination. “Gaza is not going anywhere and we are certainly not going anywhere,” Gantz said.

A senior Hamas official told Kan 11 News on Saturday that if Israel would eliminate senior members of the organization, Yahya Sinwar or Mohammed Deif – it would lead to another round of fighting. The same senior Hamas official also said that Israel can’t set conditions for the rehabilitation of the Gaza Strip, and dared it to try and stop the next delivery of $30 million from Qatar, warning that there would be dire consequences. 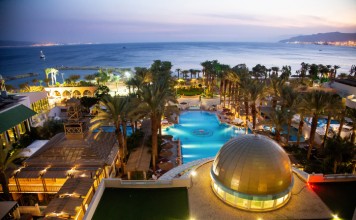 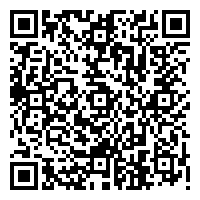