Western and Middle Eastern intelligence officials speculate that Fadi al-Batsh, 34, the Gazan electrical engineer who was assassinated outside his apartment building in Gombak, a suburb of Kuala Lumpur, Malaysia, on Saturday, was involved in negotiating an arms deal with North Korea, the NY Times reported Thursday.

The speculation is based, among other things, on a report that the Egyptian government has recently seized a shipment of North Korean guided munitions equipment on its way to the Gaza Strip. The Times cites an intelligence official who said al-Batsh helped negotiate that deal.

Al-Batsh was gunned down by two men on a motorcycle who shot him 14 times. The Malaysians described the attackers as “most likely born in the Middle East or in the West.” His family blamed Mossad for the assassination, but Israel has denied any involvement.

On Wednesday, Malaysian police released a photograph of one of the suspects, a pale-skinned man with a beard. Police reported that the motorcycle used in the assassination had not been stolen.

The Times cited Intelligence officials who described al-Batsh as a technology expert for Izz ad-Din al-Qassam Brigades, the military wing of Hamas, which is why he was ostensibly targeted by the Israeli spy agency. The same officials suggested Mossad is on a mission to thwart a Hamas project that sends scientists and engineers abroad to purchase intelligence and weapons.

A resident of the Jabalia refugee camp, al-Batsh was employed by the Gaza Energy Authority before moving to Malaysia in 2015, to study at the University of Malaya. In 2013 co-wrote a paper on drone applications, which put him on Hamas’ radar as a potential agent to research and acquire weapon systems and drones for the terror group.

The Malaysian government has no diplomatic ties with Israel and is a long-time supporter of both the PLO and Hamas. Malaysian Prime Minister Najib Razak visited Gaza in 2013, and Hamas representatives are invited each year to attend the conference of the Malaysian ruling party UMNO. A Haven for contraband, from North Korean weapons to endangered animals and plants, and a friend of Hamas, Malaysia naturally became the ideal location for Hamas terrorists to do their shopping. 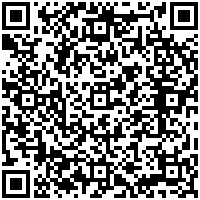