On Thursday night, an IDF spokesman released a statement to the press in English that Israel was launching an attack by air and on the ground in the Gaza Strip. This created a great deal of ambiguity, and major media outlets reported the launch of a ground operation.

The NY Times, for instance (Israel Ground Forces Shell Gaza as Fighting Intensifies), relied on that announcement to report that “Israeli ground forces carried out attacks on the Gaza Strip early Friday in an escalation of a conflict with Palestinian militants that had been waged by airstrikes from Israel and rockets from Gaza. It was not immediately clear if the attack was the prelude to a ground invasion against Hamas, the Islamist militant group that controls Gaza.”


Now it turns out, according to a News12 report Friday, that the announcement was not a mistake, but a planned ploy to help eliminate Hamas terrorists.

In the past, Israeli security officials warned that Hamas may not understand this, but its tunnels would someday become mass graves. The IDF has been working on plans to turn the threat of the tunnels into an opportunity, and that’s exactly what took place Thursday night.

Gaza City is surrounded by an infrastructure of defensive tunnels, miles upon miles of tunnels used by Hamas for underground combat, respite for its soldiers, hidden traffic arteries from one place to another, rocket launchings, and underground war rooms. In wartime, Hamas fighters stay underground and operate from there.

On Thursday night, the IDF managed to produce a vague picture of the start of a ground operation. Infantry, artillery, and tanks were moved to the border fence area and at the same time, the IDF Spokesman released the message above to the Western media. With that, the IDF led Hamas to think that a ground operation was starting, which activated the terror organization’s protocol of bringing all its fighters underground, including Nuhba, the Hamas elite special force. They were all instructed to go down to the tunnels and get ready for battle.

And then, for 35 straight minutes, 160 warplanes carpet-bombed the downtown Gaza underground with 450 bombs, the equivalent of more than 80 tons of TNT.

Clearly, the IDF succeeded in collapsing the array of tunnels with their occupants, and at this time both Israel and Hamas are evaluating the extent of the damage and the number of terrorists who were buried alive. The IDF believes the likely figure is in the hundreds.

Following the overnight operation, a security official who spoke with N12 said: “Yesterday we carried out at least 20 targeted assassinations on senior officials, and killed hundreds of Hamas operatives. We destroyed most of Hamas’ rocket production line, paralyzed the array of tunnels, which was their strategic tool, and reached many other achievements that they have yet to comprehend.”

Behind Friday’s overnight surprise attack, as well as the entire operational plan that has been yielding at each phase sufficient damage to the enemy that could be significant enough to allow the political echelon to stop the fighting if it so desires, stands General Herzi Halevi, who until a month ago served as commander of the Southern Command. The man who is carrying out the plan is his successor, the current commander of the Southern Command, General Eliezer Toledano.

Still, the IDF believes that the fighting must continue, to the point where the Hamas readership comes up with the radical Islamist equivalent of crying uncle. Just as the 2014 Gaza war yielded a relatively quiet period of close to seven years (which was, admittedly, “helped” by the coronavirus), this campaign must yield a few years of quiet during which Hamas and the rest of the Gaza terrorists would be licking their wounds.

To remind you, in 2014, 3,500 terrorists were killed – but that figure required a ground invasion. And not a fake one. 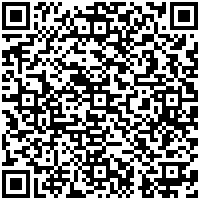