A home sustained a direct hit Saturday night by a rocket launched by terrorists in Gaza — but in an open miracle, the rocket did not explode upon impact.

Military sappers were summoned to the site to carefully defuse the projectile, which slammed into the roof of the house.

The attack came at about 9:51 pm Saturday night. It followed an earlier set of Red Alert sirens in the neighboring Eshkol Regional Council district, where residents raced for cover at around 9:30 pm.

The IDF later announced that activation had been the result of “a false alarm.” Technically, it was. However, a security source told TPS that the alarm in the Eshkol region probably went off due to gunfire from Gaza at the IDF warplanes.

The siren that activated at about 9:52 pm in the Sha’ar Hanegev Regional Council district, however, was not a false alarm, and in fact heralded the arrival a few seconds later of the rocket that dove directly through the roof and ceiling of a local house. 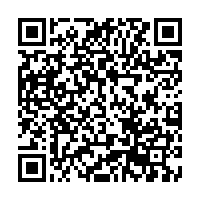